Gynecomastia is a condition in which breasts develop in a man. It is considered to be the development of abnormally large breasts in a man.

This condition might occur in puberty, in fact, it is quite common for it to do so. When Gynecomastia does appear in puberty, it usually goes away after a period of several months.

Gynecomastia appears as a small lump beneath the nipple in a man. It may be very tender during this time. Most of the time, both breasts develop but do so unevenly. This condition can be a cause of worry for many men, and can also be uncomfortable for them. 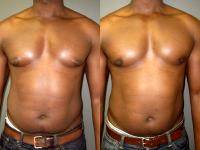 Gynecomastia is also seen in newborns. This development might be associated with the way that the milk flows – or galactorrhea. Most of the time, when this condition is present, it will last for several weeks, and then will go away. However, sometimes it might last until the age of two.

In many cases, the fat and tissue will dissolve on its own, and the breasts will return to their normal size. However, in some cases, more medical interference is needed.

Most of the time, Gynecomastia is caused by puberty. This means that it is a temporary condition, and one that will eventually cease to be a problem. However, there are also other causes of Gynecomastia which are important to pay attention to. These causes can include chronic liver disease, an exposure to any anabolic steroid hormones, an exposure to the hormone estrogen, or even an exposure or use of some types of medications. Gynecomastia can also occur because of a genetic disorder, or because of kidney failure. It can come about because of a testosterone deficiency. It can also be a result of marijuana use.

Gynecomastia Is Enlargement Of The Glandular Tissue Of The Male Breast

The rarest of the causes of Gynecomastia include genetic defects, and also include tumors, or an overactive thyroid.

When dealing with Gynecomastia at home, the best treatment for tender and swollen breasts is a cold compress and the analgesics that the doctor might have recommended or prescribed.

It is important to understand that although some causes of Gynecomastia are common and normal, there are others that might indeed present a problem. You should contact your doctor right away if the breasts have developed abnormally, or if you feel pain or swelling in one of them or in both of them.

If Gynecomastia has appeared in children that have not yet reached puberty, the child should be seen right away by a doctor or health care professional. 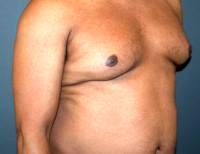 When you see a doctor for Gynecomastia, there will be a physical that is performed, and a medical history will also be taken. Some of the questions that will be asked will include:

In many cases, there won’t be any tests that are necessary for the Gynecomastia. However, sometimes some tests will be done in order to rule out certain diseases or conditions, or in order to make a good diagnosis. These tests might include a blood hormone level test, or a liver and kidney function test. They also might include a mammogram or a breast ultrasound. 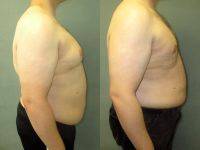 Gynecomastia Results Before And After

However, if the breasts are enlarged persistently, or are extremely large or uneven, this is an instance in which embarrassment can occur for a teenage boy.

However, because the condition is normal and will go away on its own, most paitents are encouraged to simply wait it out and to deal with it on their own. 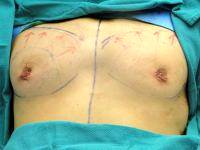 Gynecomastia describes the condition whereby breast tissue builds up in a males chest creating what appear to be female breasts. These male breasts can be quite tender and sensitive.

The condition of Gynecomastia is especially common in adolescent boys, however, in most of these cases, the condition disappears naturally towards the end of puberty.

For the rest though it can linger and become quite the social handicap causing significant psychological damage to the patient. This condition can cause feelings of can be embarrassment and shame. A lot of this is caused by teasing and jokes about their chest.

Besides the psychological problems that it causes the aren’t any medical problems associated with Gynecomastia except extra tenderness in the chest .

For some men whom appear to have Gynecomastia they might actually suffer from Pseudogynecomastia. This describes male breasts caused solely by obesity. This isn’t same as Gynecomastia. Interestingly it’s also possible for this condition to affect only one breast.

In most cases of Gynecomastia isn’t any identifiable causes. However, the list below contains what is commonly accepted to cause Gynecomastia.

Gynecomastia can also be caused by changes to the balance testosterone and estrogen hormones. This commonly occurs during puberty although it can happen during the other stages of a mans life. From the list above it’s believed the main causes are hormone imbalance, steroid abuse and obesity. 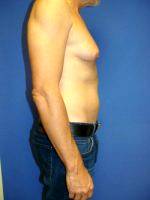 Gynecomastia May Occur During Infancy And Puberty In Normally-developing Boys

Your doctor will probably make a physical examination of your chest and then ask a number of questions regarding your breasts in order to ascertain how long you’ve had them and what degree of tenderness you experience.

In order to work out what maybe causing your Gynecomastia, your doctor will look at your medical history as well as any medications that you are taking. The examination itself is nothing major with just a little prodding and poking.

While male breast cancer is more common than a lot of people think, these lumps in a mans breast aren’t cancerous, however, as usual, if in any doubt, contact your doctor as soon as possible in order to eliminate the possibility.

In some cases Gynecomastia requires no treatment at all and will disappear gradually by itself.

In other cases Gynecomastia treatment depends on the cause. For example, if the cause is the medication you’re taking, then hopefully there is an alternative drug which will be just as effective without the side of effect of Gynecomastia. Gynecomastia is usually less of a problem than the condition that the medication is treating, this other condition will take priority in your care.

In most cases, the reason for Gynecomastia is obesity. In this case, if the patient loses his excess weight through diet and exercise, then this will usually cure the Gynecomastia without the need of surgery.

In some cases, surgery is deemed to be the best option. Usually in these cases Gynecomastia is causes the patient a significant degree of psychological problems.

Gynecomastia surgery removes the glandular tissue and fat behind the breast in order to create a more masculine looking chest.

Gynecomastia surgery can often be conducted under a local anaesthetic with some sedation and the patient be treated as an out-patient. However, as with all surgery, whether it is a low risk like this or not, there is always an element of risk of excessive bleeding, fluid loss and other problems associated with the anaesthesia.

Therefore the patient should be healthy and emotionally stable otherwise there is an increased risk. There may also be a degree of scarring with the surgery which should be known before the operation.

This is usually considered as cosmetic surgery, it’s often quite difficult to get financing or for public health bodies to accept you as a patient. However, patients do sometimes get the funding required often after proving the psychological problems that this condition causes.

Gynecomastia affects many men to various degrees. The main problem for most is the psychological problems associated with the humiliation of having male breasts. For many, the solution is to lose weight or to wait for the body to develop naturally, however for some, the only way to cure this problem is Gynecomastia surgery or natural male breast reduction.